What is a Tax and Expenditure Limit (TEL)?

A tax and expenditure limit (TEL) is a limit placed on the growth of government revenues and expenditures. These limits help stabilize government budgets over the business cycle. As outlined in the ALEC State Budget Reform Toolkit and the ALEC Tax and Expenditure Limitation Act, the most effective and successful TELs will meet this criteria:

Are there any TELs in place right now?

As shown in Rich States, Poor States, 31 states have a TEL of some type in place. No two TELs, however, are identical. Some TELs are much stronger than others. For example, Colorado has the Taxpayer’s Bill of Rights (TABOR), the strongest TEL in the country while Iowa has a TEL that is virtually nonexistent.

What is the Taxpayer’s Bill of Rights (TABOR)?

The Taxpayer’s Bill of Rights (TABOR) is the tax and expenditure limit for the state of Colorado and considered the “gold standard” of TELs. TABOR is a constitutional amendment approved by voters in 1992 and limits the amount of revenue the State of Colorado can retain and spend. TABOR allows the state to retain and spend an amount based on the prior fiscal year’s actual revenue or limit, whichever was lower. That limit is based on the growth of population plus inflation.

This website shows what spending in your state would look like if your state had enacted a TEL like TABOR. Pick the year you would like your TABOR amendment enacted (known as your “base year”) and see how spending (known as “estimated spending”) would look under the TABOR limit. 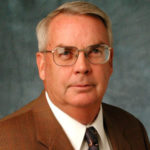 He is the author of numerous books and articles in the fields of economic development and economic history. His current research focuses on fiscal policies and fiscal constitutions.

He has served on the Colorado Tax Commission and as Vice Chair of the State Treasurer’s Advisory Group on Constitutional Amendments in Colorado.

Professor Poulson is Past President of the North American Economics and Finance Association. He is an Advisor to the Task Force on Tax and Fiscal Policy of the American Legislative Exchange Council and serves as a consultant on fiscal policy and fiscal constitutions to a number of state and national think tanks. 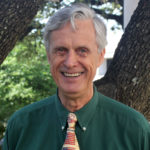 Dr. Merrifield was a University of Texas at San Antonio faculty member for 32 years. He retired from teaching and faculty meetings to devote additional time to critical research issues, and to have more time with his wife and ‘high-maintenance’ teenage adopted boys.

He’s the Editor of the School System Reform Journal, and past editor of the Journal of School Choice. He has just published School System Reform: Why and How is a Price-less Tale, plus Can the Debt Growth be Stopped, The School Choice Wars, School Choices, Parental Choice as an Education Reform Catalyst: Global Lessons, Basic Economic Tools, 55 peer-reviewed journal articles and several chapters in edited books in his primary teaching and research fields of education economics, public finance, urban and regional economics and environmental and natural resource economics.

Dr. Poulson and Dr. Merrifield are Co-Editors of the book A Fiscal Cliff: New Perspectives on the U.S. Federal Debt Crisis published by the Cato Institute in 2020.